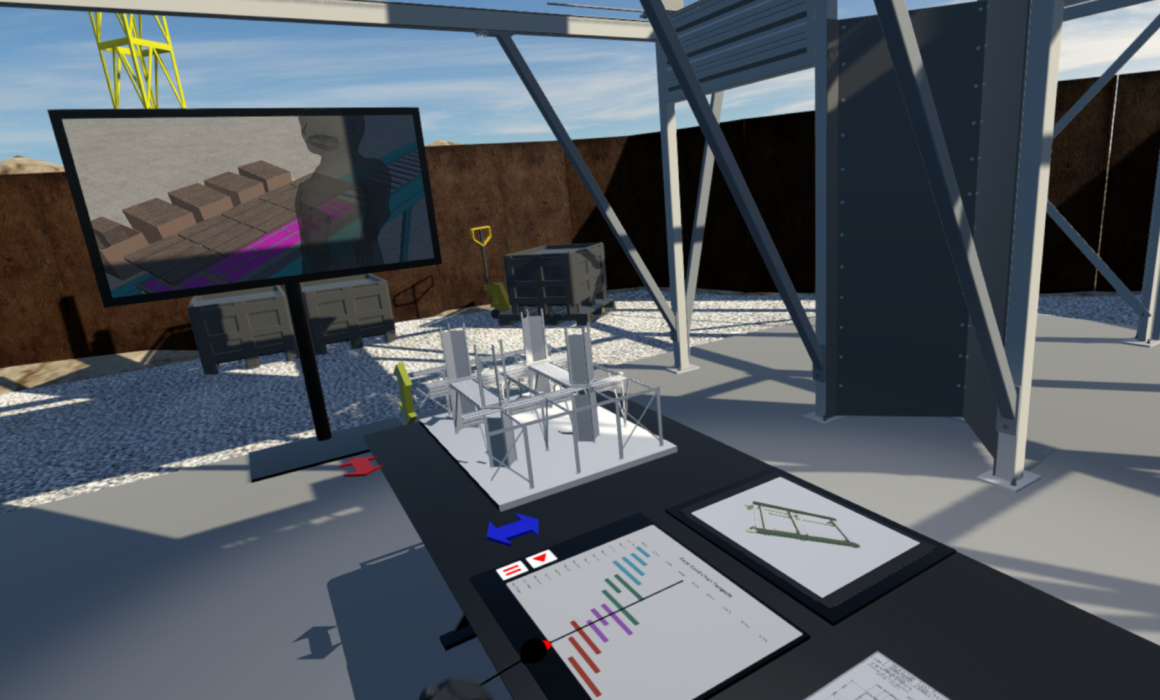 This is the fourth meeting of our AR/VR for Rhino User Group.

The group is for those who are interested in meeting in order to network, discuss and explore virtual and augmented reality solutions for Rhino3d.

Presenters at the meeting:

The Creative Technology team of Bryden Wood is a new digital group of computational designers working on advanced approaches to digital design. 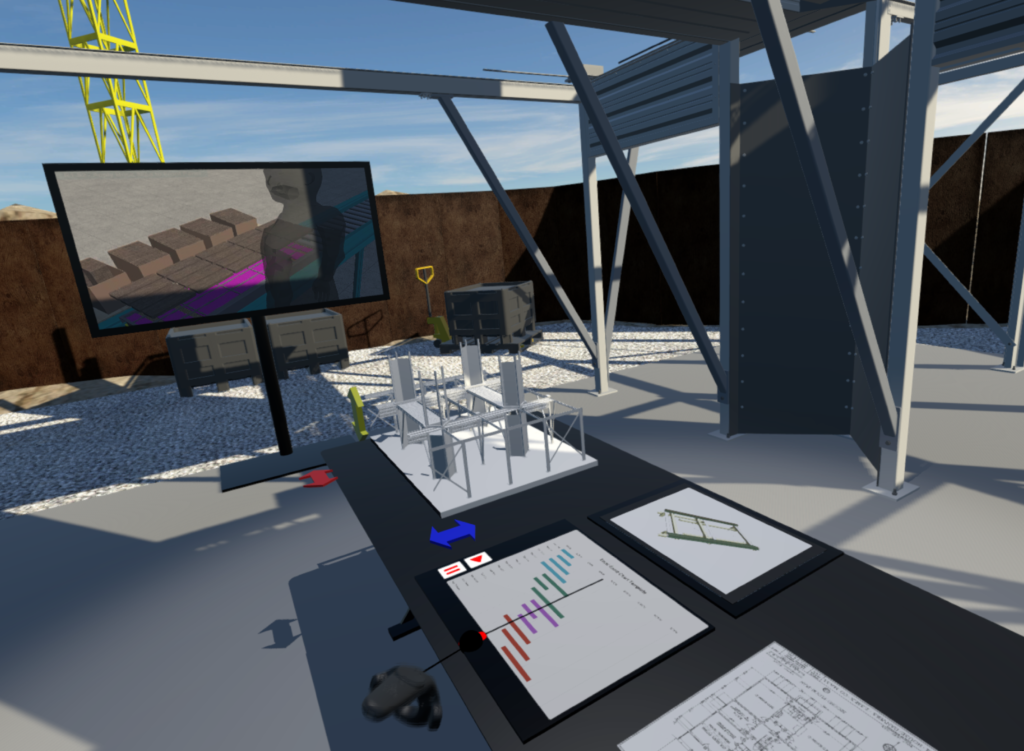 Within the team, our XR specialists concentrate on building interactive and data driven applications across multiple platforms – VR, AR, mobile and web.

Together, we connect 3D project content from a range of authoring tools – including Rhino and Revit –with other data sources to create immersive and insightful experiences for project design teams and external clients. 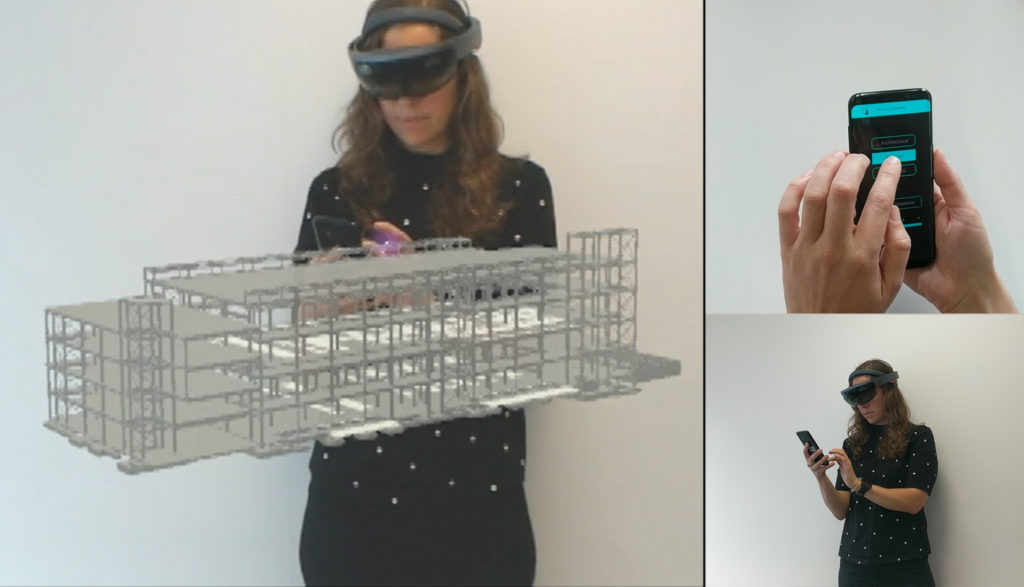 In this presentation we will demonstrate our unique work flow that allows the different digital platforms communicate and contribute to each other in a smooth easy way. We will show our interactive applications and demo our latest VR and AR developments. 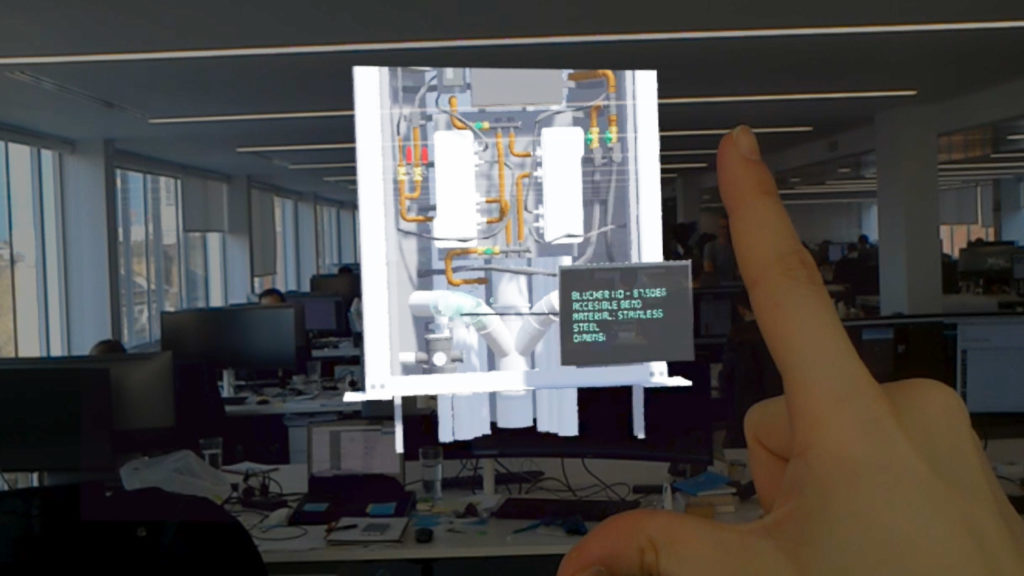 McNeel (the developers of Rhino) have been working on some VR tools within Rhino v6 for Windows, the resulting plug-in is called RhinoVR.  Although this is an on-going project there’s some very interesting tools here for everyone interested in using Rhino as a VR platform.

RhinoVR is a Rhino 6 plug-in which uses the HTC Vive or Oculus Rift head-mounted displays to render Rhino viewports in virtual reality.  Using RhinoVR it is possible to navigate around in the Rhino scene using the VR controllers (Vive and Rift). Via the controllers you can navigate, objects can be selected and moved.

Andy will be demonstrating these tools live, they’ll also be the opportunity to test them for yourself.

Thanks to Bryden Wood for kindly hosting this AR/VR for Rhino UGM.

Here are our notes from this meeting:

Bryden Wood is a multi-disciplinary architecture and engineering practice, building airports, hospitals, schools and residential projects. They have developed a specialism in design for manufacture and assembly. They place a big focus on digital, with a new Creative Technologies team in the office. The team is working on algorithmic design and simulation, generative design approaches, modelling and analytics, connected technologies, interaction and configuration.

Elite Sher is in particular heading up the Unity development team at Bryden Wood. Her interest is in looking to push the potential of VR and AR beyond being an extended rendering platform. This reflects a change in the AEC industry generally, where there has been a move from 3D CAD to BIM, with the convergence of geometry and big data.

To support this, Bryden Wood want to create data driven interactive tools that can be everyday tools for the architects and engineers. The challenge is how to bring this content into VR and AR. There are many plug-ins for visualisation and linking to BIM, but they offer limited scope for customisation of tools and analysis of the data they transfer.

The current process is take 3D model data from BIM to another app (to keep textures) and then simplify the data. This is then brought into Unity. Although it is possible to write scripts to match up component entities, it is very long and tedious and requires specialised gaming engine skills. So Bryden Wood have developed a framework to export 3D data to JSON then to Unity for VR and AR. The data is stored in an SQL database which keeps information across teams concurrent and allows for different geometries to be overlaid on the base data.

This approach also allows for the creation of cross platform apps, and extensions to web, mobile and desktop platforms. A focus now is on creating an API for this Mango database.

The workflow for Revit to JSON allows specific areas and views to be selected for export, and also handles groups and assemblies. The same approach has been applied to Grasshopper, preserving all properties when exporting to JSON – so naming conventions and the file structure are preserved into Unity. They are following the 3JS schema, which is widely used for translating data for 3D objects and well is supported. The workflow can also process and upload multiple files simultaneously, optimised by splitting into batches and importing the JSON information into Unity with all of the metadata.

Once in Unity, it is then possible to create rigid body simulations, controlled by Grasshopper, and easy to understand for non-engineers. They principle is that design is undertaken by designers, in Revit. These design objects can then become grabbable in a VR environment, or viewable in AR, controlled by parameters set in Revit

Overall, Bryden Wood can identify four key benefits with their approach: A data-driven process; one that is interactive; is accessible to the everyday user, and as such it is a process that keeps VR-design in the realm of the everyday user.

Andy is specifically in charge of visualisation at McNeel, and his responsibilities have included Brazil, the rendering UI, Bongo and Snapshots in Rhino v6. Andy introduced the work that McNeel have been doing on VR support for Rhino, as well as a forward-look to Rhino 7 and other Rhino technologies.

The first thing to note is that VR for Rhino is not yet a finished product. Andy was able to show a demo of the technology in progress, but it’s not ready for use yet. For anyone thinking of using it as a new platform, there’s a way to go. It is however already available for free on GitHub in C++, but the APIs that have been developed are also available in C#. The code itself has not yet been released. So Andy and the McNeel team are very interested in feedback.

The Rhino for VR demo works using Steam VR on both the Vive and Oculus Rift. In fact, Andy and his colleague David at McNeel are developing the platform sitting side by side on Vive and Oculus.

What they have developed is a plug-in for VR. Running the VR command delivers VR right from a Rhino viewport. In VR you can select objects just like in Rhino and set up buttons to run commands, like move. Any command in Rhino can be mapped to any of the VR controllers’ buttons. “It all just works”.

Andy himself is an architect and was obsessed by Corbusier. He wanted to see if VR for Rhino could create same sense of ‘being there’ as the real Villa Savoye, that he has visited many times. He showed how a model of the Villa could be drawn with the standard Rhino display pipeline, straight to the headset. To underline; this is VR running directly out of Rhino.

Adding Grasshopper into the mix, you can see the geometry but also the curves and controls. Within the VR environment, you can even open up a Grasshopper canvas and using the VR controllers, move in and out of the Grasshopper window and adjust sliders.

The priorities for McNeel are to provide APIs and guaranteeing a level of performance, with a display fast enough for big models. To achieve this goal, they are looking at optimisations like catching shadow maps and lighting specifically for VR. What McNeel are not doing is developing a general VR interface. However, by giving away the source code under license will enable third party development – and developer Mindesk has been actively doing just that.

One issue is the adaptations to Rhino itself that might be needed to optimise certain processes, like Grasshopper. When a calculation takes a few seconds to run, this leads to lags and interruptions to the VR experience. This is due in part to the fact that Grasshopper was never intended to run in VR, and currently it occupies the main processing thread. But David who writes Grasshopper is thinking about moving calculations off the main thread, so in Grasshopper V2 it’s possible that VR could be run on the main thread instead. Multi-threaded Grasshopper is indeed coming, but the timetable is unknown — and the main Rhino would still need adaptation.

Andy also talked about the just-released ‘Rhino Inside’. Currently it only works on the Rhino7 WIP. It brings the ability to load up Rhino inside another application eg; Revit. When Grasshopper is running too, suddenly you get Grasshopper in Revit. They can interoperate due to their shared use of the .Net API. Once an object is in Revit, you can imagine how there would be connections. Real time conversion of Grasshopper definition dumps geometry straight into Revit. B-Rep objects convert to native Revit. Rhino Inside isn’t so much about code or features as a way of thinking. Andy can see how it could also connect to software like AutoCad, Excel or even Photoshop. They just can’t predict what people are going to do with it.

In addition, Andy discussed ‘Rhino Compute’ — using Rhino as a geometry calculation engine. You post a request via JSON etc to a server and you get a Rhino answer back. For now they have Open-Nurbs running in JavaScript, so you can load up a file and get data out of it. The intention potentially is for the platform to run on the general cloud, as well as on a local server.

Finally, an update on Rhino 7. Yes, there will be lots of new mesh editing tools in R7, but it’s an evolution not a revolution, “mostly it’s just typing”.