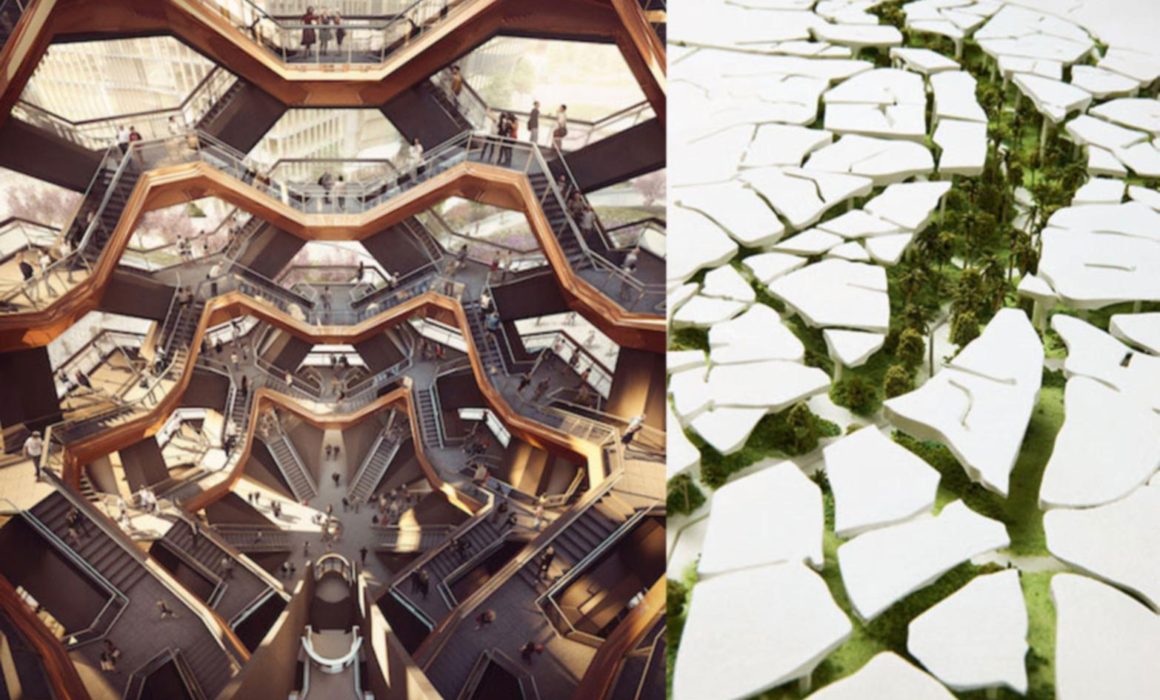 Read our notes from the Grasshopper UGM below.

Presenting at the meeting

Heatherwick studio will present two projects covering the topic of designing, making and collaborating through computational tools. Heatherwick’s Geometry and Computational Design team will go through the computational processes behind design and making in the studio concentrating on two projects, Vessel in New York with a focus on driving the geometry and Al Fayah Park in Abu Dhabi with a focus on Form Finding and working with collaborative tools.

AKT II have extensive experience in collaborative computational design. They have developed a suite of tools which allows them to react to client changes more efficiently and have a complete control of database tracking, allowing optimisation of structural performance and cost.

AKT II’s presentation will explore a series of examples where this new approach was experimented, tested and improved, the Al Fayah Park in collaboration with Heatherwick studio and the 2016 serpentine Pavillion with BIG, and more.

Here’s our notes from December’s meeting:

First up was Bilal Mian, Bilal gave a short presentation on VisualARQ v2 which included the following topics:

Next up were our hosts, Heatherwick Studio, led by Pablo Zamorano Head of Geometry and Computational Design at Heatherwick.

The concept started from two opposite curves, then a path between the two curves has been presented.  The plan consisted of a slice that has been mirrored to create the full shape, apart from two unique slices. (mostly 10 overall).

The work in Grasshopper has been divided into groups (algorithms) like: Stairs, metal connections, paths etc.  Testing the design and then preparing the detailed drawing.

It includes a hotel, a market, parks, etc.  The initial concept was to divide the site into grids with columns in between, each of which has a tree on top of it. The columns went through many design iterations and the last one had the column ending up with a curved surface, making a bigger platform with a tree.  Points highlighted include:

Deformation of the column’s design to get the right shape.

More than 20 iterations/shapes were explored

The design has been fabricated by creating a negative foam mould, with concrete then poured into it.

The connections between the columns and beams were modular to make the fabrication easier.  South façade, was designed to be filled with graffiti where the whole façade has been divided into smaller randomised grids that have been filled with the art. The low budget of the projects requires less designers and hence smarter solutions all driven by Grasshopper which  helped to create repetitive elements (columns, openings, column tops etc.) all allocated based on layers names and location.

Grasshopper advantages: after creating a module, we can apply its logic on all other modules (cross referencing).

The fabrication of the connections between the modules all calculated in relation to the angles of the façade.

All other in office CAD tools could not offer this functionality.

The project has been designed using a dry pattern of land following understanding the oasis system.  Underneath the surface, the spaces were made on the shape of cylinders with a dome on top.

The gap in between the virtual cylinders has been filled with the columns that will bear the roof.  A steel structure was created in all columns and beams through simulations it’s efficiency has been optimised.

The beams were chunky and their size had to be reduced.  In grasshopper, the elements were divided into smaller groups with headlines to be able to manage them better.

Creating a mesh with columns (from intersections) then projecting the mesh into the landscape this is followed by a technical study where the mesh support helped studying connections between islands, cantilevering and inner naked edges. Much optimisation has been carried out on the angels of the trusses to create the skeleton.  Grasshopper was the tool to create a responsive model and to make many iterations.  The top points of the arches, as well as other parameters were the inputs for the grasshopper script.

Connection forces were tested using local attractors with database exported from Rhino to Microstation.  All the elements were connected to one island to sort the data easily involving taking the model > running analysis > suggesting optimisation > sending it back to the architect.

Integrating workflow speeded things up.  Elements: connections lengths: Reorder the cut process of the connections based on their lengths.

The artist wanted to go from the usual vertical shape to a doughnut shape.  Grasshopper has provided an easy manipulation of the surface, creating a parametric structural model.