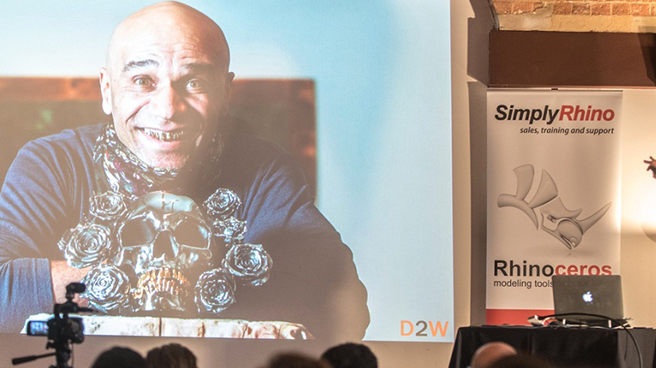 We’re pleased to announce that the Rhino UK User Group Meeting will be taking place on Wednesday June 12th 2019.

Join us and the wider Rhino3d community at this popular event and watch presentations from Rhino users, plus get hands-on with live software demonstrations from our exhibitors.

Timed agenda for the Rhino UK UGM is available now – download it HERE.

Thanks to all who helped make the meeting a great day
– a write up of the event and photo gallery are available here.

Rhino UK UGM Presenters for 2019 include:

An insight into McNeel's culture and new developments, including: 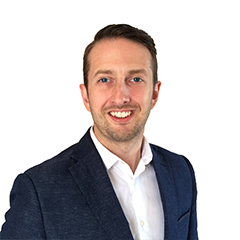 Chris Johnson is the Industrial Design Lead for Pentland Brands, with responsibility for leading the design creation of equipment and footwear for the Speedo, Canterbury, Mitre and Berghaus brands. Chris has more than 20 years’ experience working within design and innovation consultancies and global sports brands. His work at Speedo spans four different Olympic Games product development cycles and has resulted in Red Dot design awards and multiple sports technology patents relating to garments, equipment and digital devices. He holds a bachelor’s degree in transport design from Coventry University and an MBA from Durham University Business School. 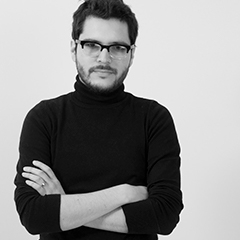 Showcasing the processes behind their world-renowned designs, explore how Heatherwick Studio is engaging with emergent technologies and utilising Rhino and Grasshopper – in the realisation of recently completed projects including New York’s Vessel, as well as their current explorations of mixed-reality in construction, to enable collaboration with local craftsman, ensure quality throughout the build process and allow designs to be pushed to their limits.

Since joining Heatherwick Studio in 2015, Pablo has been instrumental on Projects and the Geometry and Computational Design group.

As Head of Geometry and Computational Design at the studio, Pablo works across all studio projects providing expertise and guidance on new technologies and techniques, and the execution of challenging geometries.

He was Deputy Project Leader on Coal Drops Yard, an award-winning retail quarter and public space in King’s Cross, London. He oversaw all packages on the scheme and coordinated their delivery between the studio and the executive architect during Stage 3 and Planning. From Stage 4 onwards, he focused on assisting the team to take the design through contract and later into construction. He was key to the development and fabrication coordination for all complex geometry related areas on the project, most notably the Upper Level.

Prior to working at the studio Pablo was based at SOM London where he worked on a number of projects and competitions of multiple scales in Europe and the Middle East. One of his most notable projects was a high rise development of five towers with over 1,000 residential units in London’s Greenwich Peninsula, currently under construction.

Before relocating to London in 2010, his career was split between New York and Santiago, Chile, where he won international competitions and completed several projects. Pablo has lectured widely, and his personal work has been published and awarded internationally. 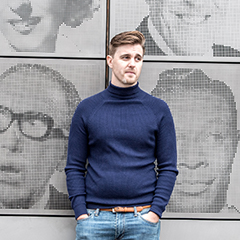 The theory of a synthesis that brings together art, architecture and design

Lee Simmons is an award-winning Artist with a portfolio which includes high profile commissions that can be found in the heart of London to private collections. Lee’s work draws inspiration from the context or place where an object will be used or observed. Crossing the boundaries between artist, craftsman and designer, Lee regularly employs numerous practical skills as well as the latest cutting-edge technologies to convey all his bold and innovative ideas.

Raised in Stevenage, Lee Simmons gained a First-Class Honours degree in metalwork and silversmithing from Sheffield Hallam University before undertaking an MA in the subjects at the Royal College of Art. He works from his recently-built studio in Hitchin, Hertfordshire.

His existing work can be found at 66 Wigmore Street London, in the Royal College of Art’s private collection, to date his clients have ranged from museums, galleries, public institutions, livery companies and Great Estates. Lee has won numerous awards including the New Designers Award 2009 for the best graduate in show and various awards with The Goldsmiths Company.

Lee’s portfolio of work can be found at www.leesimmons.com 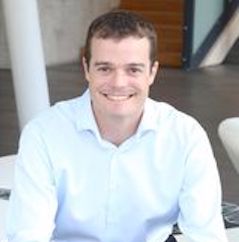 Ennoble for Rhino3D “makes your life and your designs better” when working with crystals and gemstones. Originally developed for the design and engineering teams across the Swarovski business units – now six years in the making – Ennoble has been released for external beta testing. This talk will introduce Ennoble in the context of digitization of the jewelry / fashion / luxury industries, driven by tools such as Rhino3D. We’ll introduce and demo some of the basic Ennoble feature set – the connected Swarovski digital catalogs, automated placement, compiled Bill of Materials, cavity creation, automated structural creation, and optimizations for product visualization, rapid prototyping, and metal production – and show highlights from finished jewelry and fashion accessories created using Ennoble.

Graham Hench has a degree in Quantitative Methods & Computer Science from the University of St. Thomas and over 10 years of experience in information technology (research and development, business development, management, and corporate innovation), currently working as the Associate Director Digital Ventures for Swarovski Professional, headquartered in Wattens, Austria. 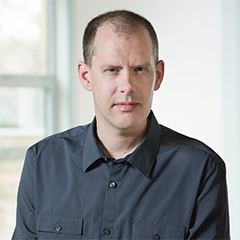 Softroom used a combination of Rhino, Grasshopper and VR to design a kilometre-long installation. the ‘Flow Wall’ which unites nearly 19,000 square metres of lounges being completed by the architects for Turkish Airlines at the new Istanbul Airport. At over 1,000 metres in length, the Flow Wall is one of the longest parametric interior forms in the world. It is the result of an international competition won by Softroom to deliver lounges that embody Turkish Airline’s new brand philosophy of ‘Flow’. Softroom founder Oliver Salway will discuss the creative process, and lessons learnt from the its fabrication and installation.

Photo of the presentation piece is © Ikoor

Oliver Salway is a founding director of Softroom, an award-winning architecture and interiors studio based in central London. The practice has developed a particular specialism for sculptural interiors across a broad range of sectors, including hospitality, commercial and cultural spaces, as well as large-scale retail projects. Softroom has worked with some of the biggest commercial brands in the world, alongside grand public institutions. Major clients include the British Museum, V&A Museum, Eurostar and Virgin Atlantic, and awards range from a D&AD Yellow Pencil to the Stephen Lawrence Prize. 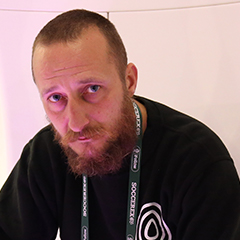 Sanctuary. Wherever you need it.

The original inspiration for the Seedpod was born from our work in the public sector. Where we found that there was often tension between the need for privacy, pressure on space, and constraints on budgets. Specifically we wanted to help NHS health professionals serve their patients and staff better. So we designed the Seedpod, a portable private space where professionals and patients could meet for privacy, one-to-one conversations, mindfulness and more.

We soon realised that what works in one complex environment can be valuable in others. Seedpods now provide private, calming space for innovators, place makers, educators and exhibitors.

A beautiful, versatile solution to the universal need for nurture.

Karl Lenton spent six years in architectural education in Leeds and London, winning the John CASS Award for Social Entrepreneurship in 2014. He is the Creative Director at Seeds and co-founder of architectural practice Burr Lenton Architecture (BLA). Karl was shortlisted for the RIBA South West Regional Live Project Award in 2014 and long listed for the RIBAJ MacEwen Award: Architecture for The Common Good in 2016 for his work on projects for vulnerable people. Karl is an appointed member of LeedsBID (Business Improvement District) designing public realm interventions that improve people’s wellbeing, productivity and happiness. Karl is the co-author of The Free Prisoner which he presented at Oxford University and RIBA. He has taught at Leeds Becketts University and has been a guest critique at MArch (Moscow School Of Architecture), The CASS, Brighton University and Central Saint Martins. 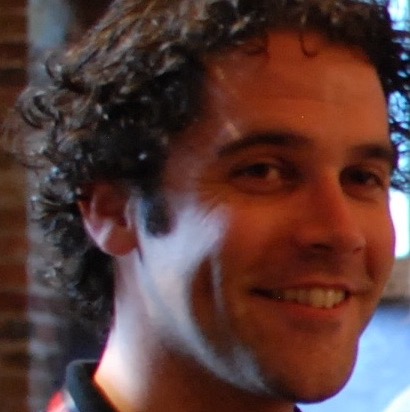 Kangaroo (a plug-in for Rhino) is a Live Physics engine for interactive simulation, form-finding, optimization and constraint solving. Daniel, the developer of Kangaroo, will update us on what's new and what's coming in soon to be released versions of this plug-in. 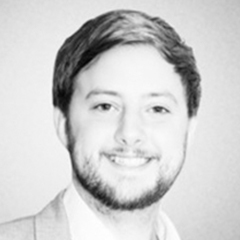 The presentation will cover the following;

James Woodington is a Senior Industrial Designer at Safran Seats GB, James designs business class and first class aircraft interiors and has done so for 5 years. He was lucky enough to work on projects such as Skyroom for Singapore Airlines and the Optima platform which already has a number of customers. Additionally he is responsible for maintaining and improving the visual capabilities within the design department. With recently the integration of mixed realities into the company, which has already seen massive savings in the design process. 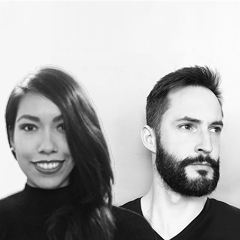 Wild Design Studio works in the intersection between architecture, digital fabrication, and art. We are a group of architects specialised in computational design and prototyping, that started dreaming Wild a year ago. Our passion is designing shapes with different languages than the ones used in our normal architectural work environments, so we decided to start working out our own design style in our free time. Slowly the chaotic design ideas we had in our minds started to settle taking shaped within WILD DESIGN STUDIO, a creative firm, focused on small scale design objects and architectural artistic installations. We use V-Ray with and algorithmic modelling tools within Grasshopper for Rhino to envision our ideas and inspire people with the designs we love producing, and we use metal 3D printing techniques to bring them to life and give something different from the people, beyond the routine of everyday life.

CARLOS BAUSA
I’m an architectural designer that works in the intersection between architecture, art, design, and academia. Thanks to parametric 3D modelling, and rendering tools, I shape my thoughts, and visualize them prior bringing them to life. I worked in Foster and Partners for the last four years and before I had the chance to collaborate with another architecture studio from Barcelona called External Reference. I have taught computational design in schools like the Institute of Advanced Architecture of Catalonia and the Institute of European Design in Barcelona.

All these years helped me to gain experience in the world of visualization and 3D modelling, and thanks to that it widened my vision regarding to what an architect can do with these tools. I have always felt the need to create new shapes and objects that could have an artistic touch, digitally fabricated, or hand crafted. I like getting in touch with the materials and explore the best way to be able to do it myself, at a scale that can be feasible for a person to manipulate all the components.

Because of that need of crafting things and creating design, in parallel to our professional work, my wife and I decided to set up our own design firm, Wild Design Studio. We created this firm to put together our design experiments and ideas. Explore design options with freedom and without corporative constrains, being able to create our own shapes and fabrication ideas. Thus being able to craft and visualize them at our own peace, in the ways we like the most.

DIRCE MEDINA
I’m an architect by definition but I prefer the term “designer” [in the making] as it suggest a wider range of areas you can move across, going through design, architecture, art and leaving room for more to come. The combination of rendering, parametric and fabrication tools, among others, have allowed me to shape my ideas, and having worked through the years in different studios have contributed greatly to this process, starting in Barcelona at EBMT, later in Mexico at FR-EE and currently as part of Heatherwick Studio.

The exposition to a variety of projects, have increased my personal interest for material experimentation and object crafting. Wild Design Studio emerges as the space for this curiosity with the commitment to test materials, fabrication and ideation processes and ultimately to test design to its limits 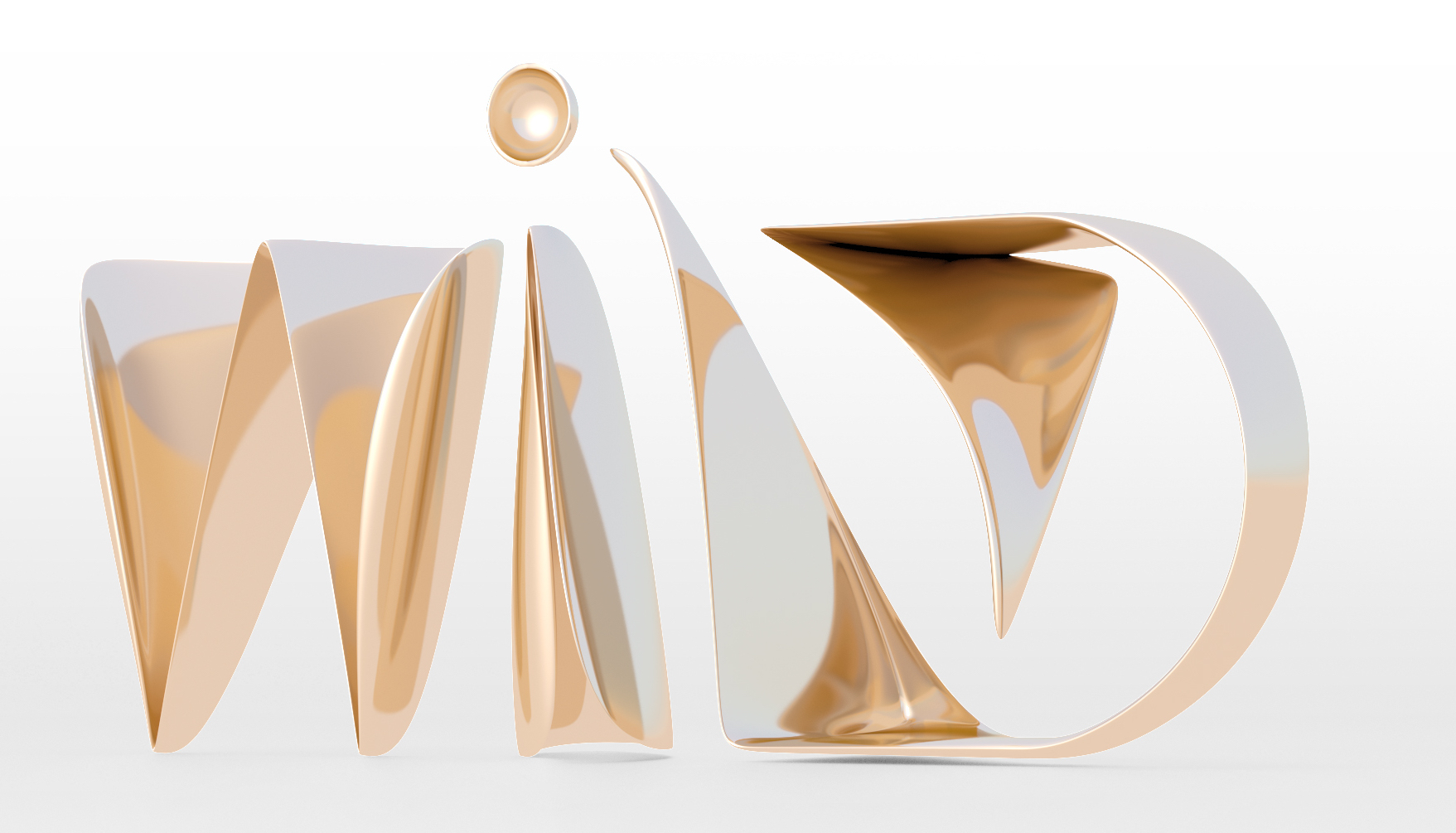