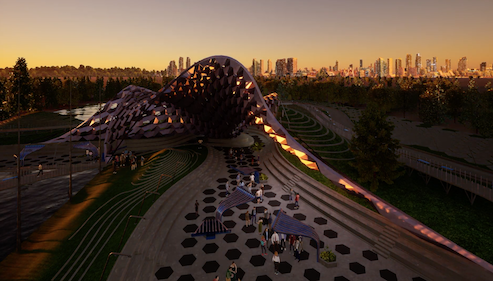 This new technology, currently in ‘Preview’ mode, has many advantages of the ‘old’ way of moving data to Twinmotion. Layer structures are preserved, and Rhino objects can be moved independently of each other once inside Twinmotion.

The new Direct Link, which also uses the Datasmith file format, makes it very easy to have Rhino and Twinmotion open together and push design changes in Rhino to Twinmotion for evaluation.

If you want to know how to export Rhino data then watch the Exporting Data from Rhino3D to Twinmotion video tutorial below.

Information and How to Buy Twinmotion

What is Twinmotion? Twinmotion gives you the power to create high-quality images, panoramas, and standard or 360˚ VR videos from design data. It is an easy to use architectural rendering solution that is suitable for everyone.

Want to find out more? Visit the Twinmotion Product page on the Simply Rhino website.

Previously – Watch the recording of our AR/VR for Rhino and Grasshopper User Group Meeting (October 2020) to meet Epic Games (developers of Unreal Engine and Twinmotion) along with a presentation from Heatherwick Studio.

New and Available now – our next video in our Rhino to Twinmotion tutorial series is an Introduction to Twinmotion Materials, Characters and Vegetation.