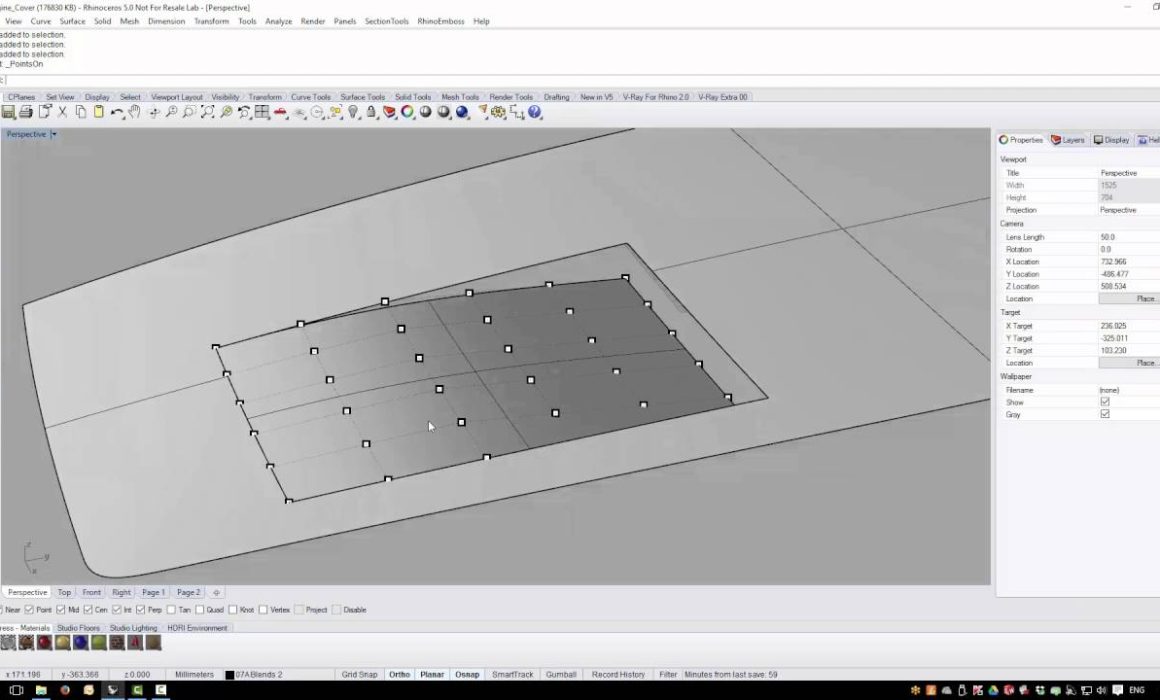 Simply Rhino’s senior trainer, Phil Cook, has created a series of videos examining the creation of a styling model for an engine cover that will ultimately be exported into SolidWorks.

In this video, the second in the series, Phil examines adding local detail to the engine cover model created previously. In modelling the air duct detail there are two main considerations. First, it’s important to create a seamless transition between the main surface and the lead in to the duct and second it’s important to control the edge blends so that they transition between a relatively straightforward corner blend to run out completely into the main engine cover surface. These are both common situations in 3D surface modelling even though the specific context might be different. With the duct detail completed, Phil looks at creating the centre blend to join the two symmetrical engine cover halves before checking that the geometry is optimised for exporting.

This video is the second in a series of 3. You can view the final video in this series ‘Exporting to SolidWorks’ here.
The first in the series can be viewed here.