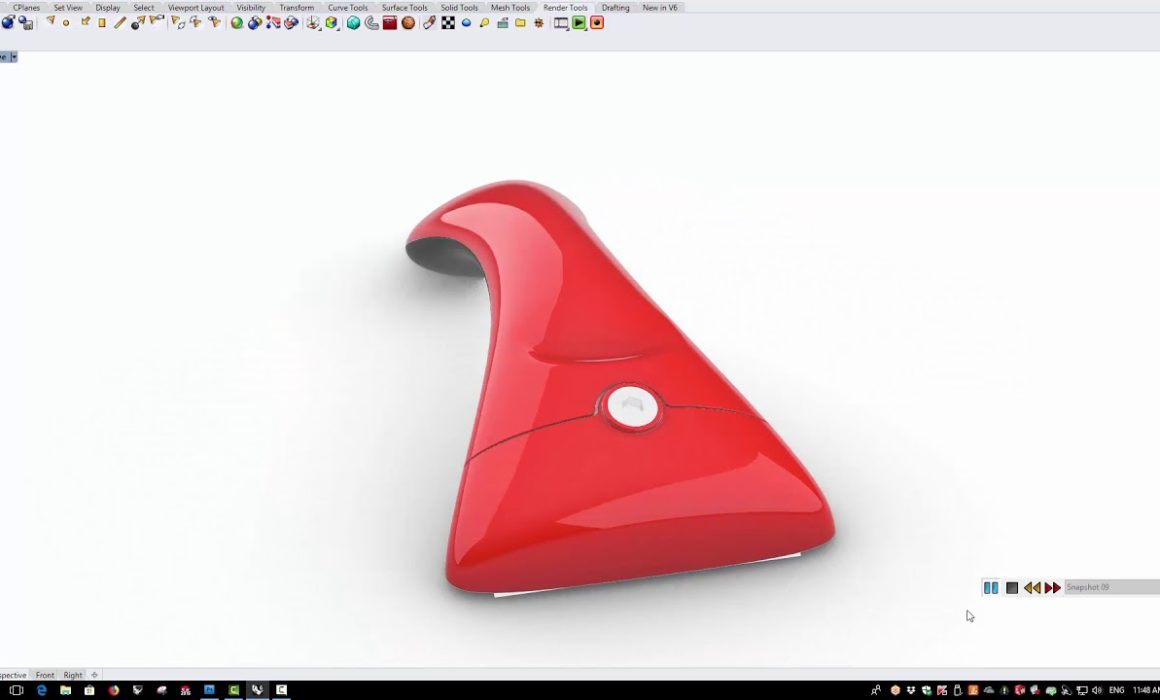 Rhino 6 contains significant improvements and new features relating to presentation and documentation in Rhino3d. In this video, Phil Cook at Simply Rhino looks at View Capture, Snapshots and Make 2D.

View Capture has now been completely overhauled in version 6. Any viewport window and mode can be captured to a file and saved at any size. There is now a preview image that updates as options are changed and there are controls for transparency, line pixel thickness etc. For the Raytraced Mode the View Capture serves as a means of saving out large format raytraced images.

Snapshots bundle together the existing Named Views, Named C Planes and Named Positions commands and add the ability to save the state of Display Mode, Materials, Lighting, Mesh Modifiers (shut-lining, curve piping etc) and Environments. An Animation setting allows Snapshots to smoothly transition from one to the next. A number of Snapshots can be saved and ordered, and the result presented as a full screen slideshow.

Make 2D has been re-written for Rhino v6. The command produces much cleaner results much more quickly. The Options dialog is new and includes an image icon to show the effect of adding or removing features such as tangent edges, hidden lines and, a new feature, silhouette. A progress bar is now included and Make 2D now traces the edges of Meshes.