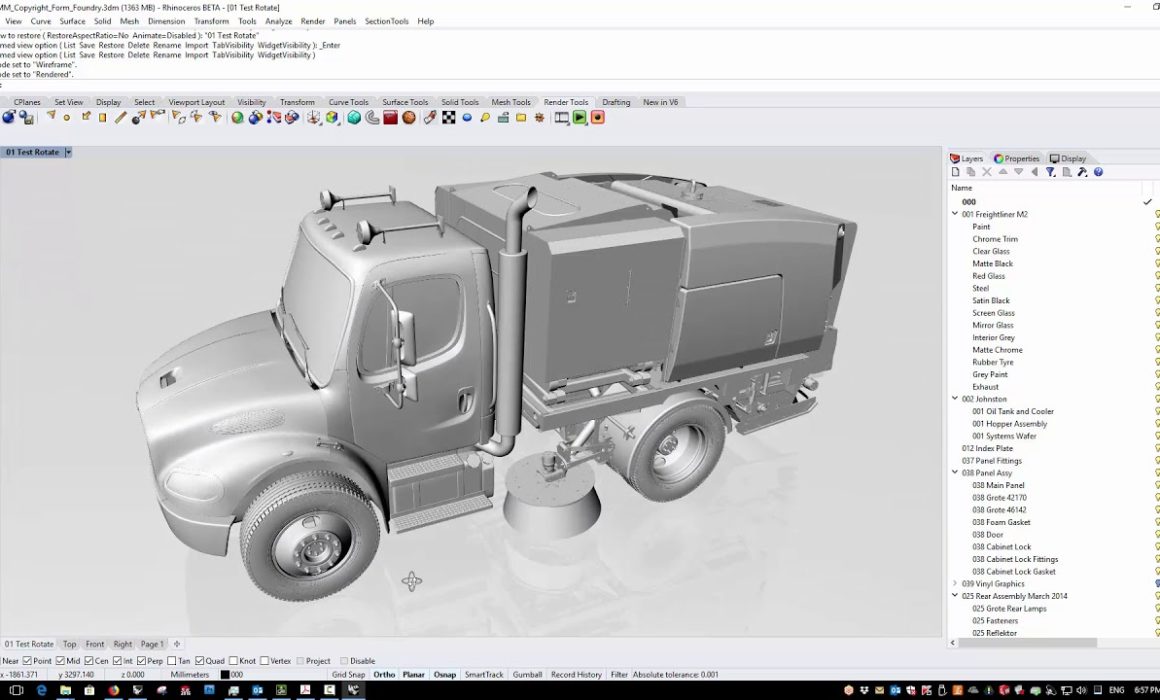 Rhino3d v6 is here and we’re taking a look at the new features and improvements it brings in a series of videos.

In this video Simply Rhino senior trainer Phil Cook takes a specific look at the display pipeline improvements in Rhino v6, concentrating primarily on the speed and GPU integration.

Phil demonstrates a comparison between Rhino v5 and Rhino v6. The model used for the demonstration is around 1.4GB in size and contains a mixture of polysurfaces, surfaces, extrusions and meshes and the render mesh is around 10 million polygons.